To be innovative is to allow your mind to be open to new ways of thinking. That is what Detroit is about.

“If I had asked people what they wanted, they would have said faster horses.”

We created The Model Tee as a reminder of the concepts that drove this city to greatness. The Model Tee is an embodiment of our goal here at ELITE DET – the rise of Detroit and its people. All three editions bear designs that point directly up, representing the growth that we and our city will undergo. In honor of Henry Ford and his innovations (that drove both Detroit and the world), these designs are only available in black. Our designs are printed on high quality shirts made right here in the United States by American Apparel (in both unisex and feminine cuts).

Detroit’s success stemmed from the innovation of its people, from their willingness to push the envelope and open their minds to the future rather than getting stuck in the past. Even though there are a lot of great things happening in Detroit right now, there are many people who simply don’t want to believe that things can get better. They are stuck in the past, burdened by the pain and injustice as well as the negative perception that has snowballed over the years. Some don’t believe a rebound is possible, but we must take their negativity for what it is — negativity.

Just as Henry Ford stepped outside of the realm of what people considered possible, we must do the same. We must stand together and show the world what Detroit can do. We must challenge every assumption, and question every injustice in order to learn and grow. We must reflect on our own history, while also learning from other cities that have prospered. The beautiful thing about Detroit is that we can decide what it can be.

The Model Tee is available for pre-order now! – (Orders are due Sunday April 10th and will ship April 20th)

5 Years.   That’s how long the idea for this project has 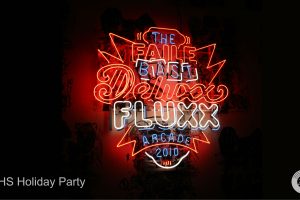 This Saturday, December 22nd, join us at Deluxx Fluxx in Downtown Detroit

Phase 2 Coming Soon   You’ve been waiting for the next step,

HouseParty is back again! Get ready for JHouse and Masquenada to bring the